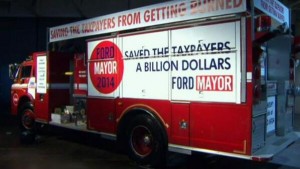 “Billion Dollar Lie” is an arrangement of direct quotes from two politicians who are are well-known to Torontonians (hint to others: their names are Rob and Doug, and one of them is mayor of North America’s fourth most populous city).

The poem contains a line that is not attributable to the Fords because folks, everyone lies. Can you spot the lie?