You’ve reached the online home of Toronto writer and artist Sharon Harris. She is not, as Google might suggest, a libertarian political activist, an Australian migration specialist, nor a children’s theatrical agent. She is definitely not the Sharon Harris Nuclear Plant located in North Carolina, U.S.A.

She is, however, a “woman of ethereal interests,” according to Toronto Life. These include poetry experiments, loveology, urban farming, the chase of love graffiti, Toronto propaganda, baseball fields, and ironic hockey. In its Fall 2016 issue, Spacing Magazine named her one of “12 extraordinary Toronto women changing the city’s public realm.”

Her work has appeared on television and radio, and in newspapers and magazines, across Canada. Recently, NASA remarked that one her photos is clever, so she’ll probably try to work that into every bio from now ’til the end of time. 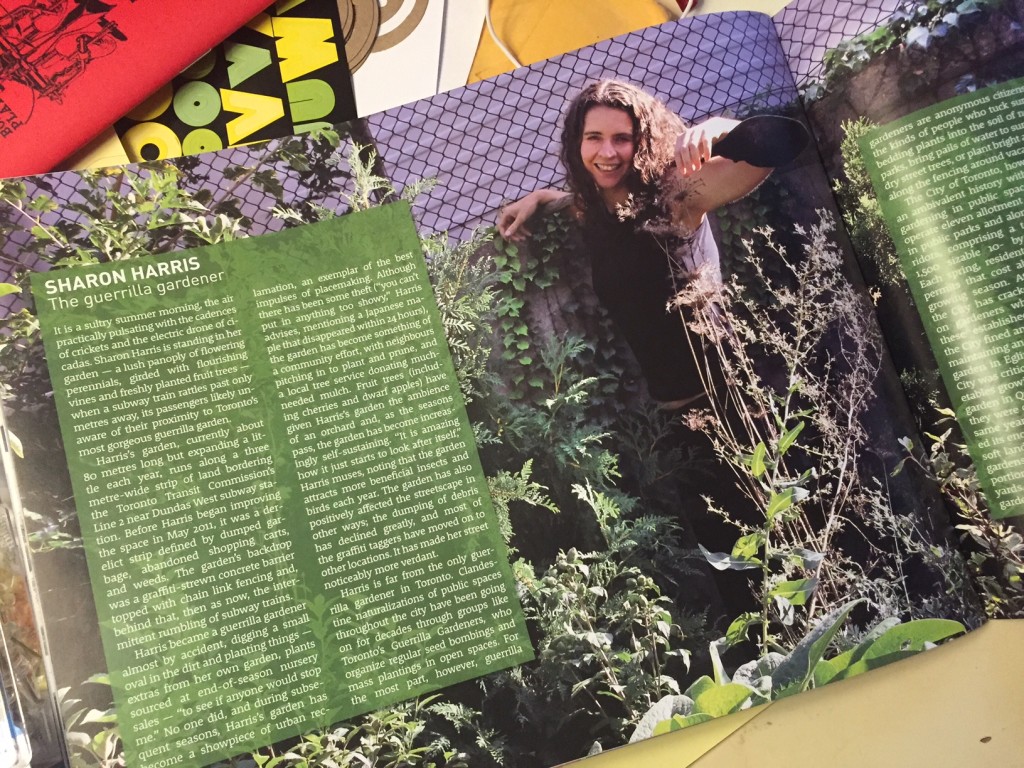 :: @fieldsofdreams.toronto  :: The baseball fields of Toronto, from the smallest playground diamond to the Dome.